One of the biggest dangers in business is MSU, or making stuff up, especially when we don’t realize we are doing it. I see leaders and managers do it all the time, and the consequences to people and profits can be horrific. With the newly passed health care bill, our entire nation is about to fall victim to a trillion-dollar MSU that will impact our country for generations.

I am not saying our country does not need health care reform, but how many are aware of and understand the underlying data that drove the new bill? How many have questioned the assumptions and beliefs being tossed around as “obvious?” How many are clear on how the plan will impact us? And how many think this bill addresses the issues they want addressed? And one more – how many people believe this will cost us anything close to what is being projected?

A few data points to think about in regards to that:

At its start, in 1966, Medicare cost $3 billion. The House Ways and Means Committee estimated that Medicare would cost only about $12 billion by 1990 (a figure that included an allowance for inflation). This was a supposedly “conservative” estimate.

And then there is that other little nagging piece of data on Medicare – the system currently spends approximately $60 billion annually in fraud.

MSU happens when we don’t question or challenge our underlying assumptions and beliefs about the way we see the world. And it happens when we have strong beliefs that things will go according to plans just like we outline them.

When we are caught up in MSU’ing, we make critical decisions based on outdated, invalid information and strongly held (but usually erroneous) beliefs, then wonder why our best-laid plans go awry.

That’s exactly what’s happening with the health care debate. And it’s not just the Obama administration, it’s people on all sides of the issue.

People are taking sides and making decisions based on their assumptions and beliefs rather than on real data. Nobody is taking the time to pause and ask, “What does the data say? What are we not taking into account that needs to be considered?” Key players on both sides of the issue are not exposing their own thinking processes. Instead, they’re automatically assuming everyone believes the same things they do.

What are some of the assumptions being made?

One widely held belief is that people are uninsured because they can’t afford insurance. While this is certainly true for some, research shows that many (especially young, single adults) are uninsured because they choose not to buy insurance. There is considerable debate on the causes and reasons for the large numbers of uninsured, yet no one has taken the time to sort out what the data really says.

There also seems to be a universal assumption that health care is a right. Where did that come from? It’s not in the constitution anywhere. Universal health care may seem like a noble ideal. But when we see it as a right, we limit our ability to think about it from multiple perspectives and angles.

Perhaps the biggest problem with health care is that it’s such an emotional issue. As human beings, the more emotional we get, the more vigorously we look for information to prove us right and the more we tend to shut out any contrary data. In the absence of real data, we make stuff up, which inevitably leads to bad decisions with unintended consequences.

And that’s another thing that scares me about the way the administration rammed the bill through. They didn’t take the time to consider unintended consequences or do any scenario planning around what could happen after the bill takes effect. They didn’t ask questions like, “What behaviors does this plan incent?” Or, “What if this happens?”

Just look at the amount of fraud in the Medicare system. The government never intended for fraud to happen, so they never planned for it. Now it costs us billions of dollars every year, and people are ignoring the same issues in the health care debate.

Making stuff up happens all the time in business as well, especially when companies have experienced a lot of success. Leaders get emotionally involved in thinking they are the best. They become devoted to existing products and the brand, so they stop looking for ways to improve. They become convinced of their own brilliance and stop listening to customers. Instead of being willing to pause and ask, “What if?” they spend all their time trying to prove themselves right.

And that’s what worries me most about the government’s position. They’re so committed to proving themselves right that they just aren’t listening. Several polls have shown that the majority of Americans did not want or approve of the current bill. And yet, today it was signed.

Already, more than 13 states are lining up to challenge the constitutionality of the law (another unintended consequence). And there is a lot of speculation about what will happen, or not happen, to those who refuse to purchase insurance. So there isn’t a lot of clarity around how this bill will impact individuals and the nation as a whole.

My hope is that going forward the government will do what they should have done in the first place, which is pause, take a deep breath, and say, “We need to slow down and take another look at the data.” Just because the bill has passed doesn’t mean it has to be set in stone. Let’s get a real plan in place – one built on data and desired consequences. Let’s get clear on what the destination is and the stops along the way. Let’s map out some key milestones and build plans to get the right structures in place (anyone else worried about the IRS being the agency of enforcement for healthcare?). If this sounds to you like what you should do for any company in a strategic plan, you are right. It is about time our government applied winning practices to legislation and ways of operating. If any public company behaved in the manner we have seen the last several months, the board of directors and CEO would be walked out.

I believe that we can come up with a health care bill that works for all. But not if we insist on making stuff up and behaving as if there are no options, no other ways of thinking, no diverse perspectives. Our government has to be willing to spend the time to get this right. It is not enough to run. You have to be clear on where you are running to and what it will take to win the race.

What the World Cup Is Telling Us 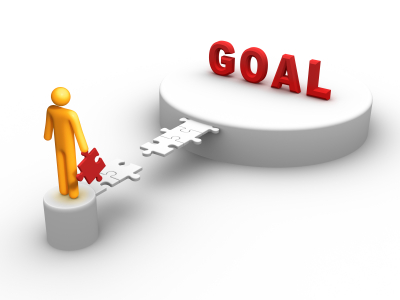 Don’t Just Do It, Get It Done! 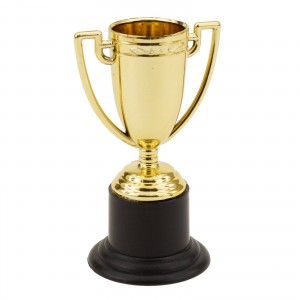 Are You Playing to Win?