Blog » The Danger of Deadlines

The Danger of Deadlines 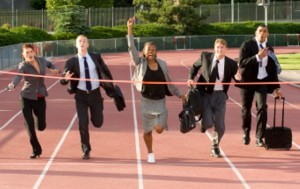 We all know the value of a good deadline. It helps us get focused, motivated, and sharpens our thinking, right?

Current brain research suggests that, in most cases, deadlines do the exact opposite – creating stress and tension while limiting our thinking. Having a sense of urgency does stimulate the part of the brain we use for problem solving. Unfortunately, it stimulates the part that doesn’t come up with original ideas. Which means we often get stuck with the same type of thinking that helped create the problem in the first place.

Deadlines aren’t going away any time soon, especially in today’s hyper-paced work world. But according to researchers, we can work around them by using techniques that allow us to let our minds wander. Instead of thinking harder, think differently. Or, practice some of the techniques I talk about in my book Using Your Brain to Win. Such as setting up periodic planned pauses to ask “What if?” Taking a few moments to look for the 2nd best answer. Or changing our perspective by asking questions like, ”How would our competitors approach this problem?”

Fear and uncertainty make it worse

This will probably come as no surprise, but researchers also say that fear and uncertainty contribute to poor decisions. Interestingly, it’s not so much the fear or uncertainty as it is the tendency of the human brain to make stuff up in those situations. Moreover, the stuff we make up is almost always negative, and usually based on our unspoken attitudes and assumptions rather than actual data.

In a study where participants were presented with uncertain situations, three out of four predicted something bad would happen. When faced with not having enough information (uncertainty), many people make no decision at all, which can cause just as much damage as a bad decision.

What can we do to avoid these brain blips?

Be aware of the brain’s tendency to make stuff up (or MSU, as I call it) during uncertain situations. Reframe the situation in a more positive light. For example, look at it as an opportunity rather than a problem. Most important, understand that a decision doesn’t mean forever.

If a decision turns out to be a poor one, you can always make another one. In fact, even when you make a good decision, today’s markets shift so rapidly that it may require changing anyway. That’s why I recommend checking in with your strategic plan every three months at minimum, and ideally at least once a month. The more you build these kinds of checks and balances into your work routine, the more you can avoid letting brain tendencies throw you off track.

Most people see decision-making as a cold, logical, rational process – especially in the business world. In fact, we tend to admire those who can cut through the fluff and zero in on the facts. I often talk about the need to make decisions based on hard data rather than unproven assumptions and MSU, which is true. And it turns out, there’s more to it than that.

Researchers are now discovering that good decision makers often rely on their emotions more than logic. In one study, executives were asked to analyze various management scenarios and make recommendations while their brains were hooked up to an MRI scanner. The scans showed that while the prefrontal cortex – the area of the brain we believe is used in planning and logical reasoning – displayed activity, different areas of the brain involved in social and emotional thinking were more active. Researchers concluded that good strategists are “better at sensing or feeling their way through strategies, rather than relying only on logic and being rational.”

This suggests a couple of things.

The ability to change perspectives is just as important as the ability to analyze data in a logical manner. And social thinking, seeing the world through other people’s eyes, is an increasingly important leadership skill. It’s not enough just to recognize the need for these skills; we have to proactively use them! We have to deliberately seek out other ideas, opinions, and viewpoints that don’t necessarily mesh with our own. Otherwise, we run the risk of getting trapped in our own narrow viewpoints and becoming victims of fear, logic and those never-ending deadlines.

Click here to read the full article on “The Inner Workings of the Executive Brain.” In the meantime, use deadlines AND neuroprompts (visits to the brain to slow it down just a bit intentionally) to more effectively meet those deadlines!

Call to action: Next time you have a tight deadline, pause for a moment to think differently. 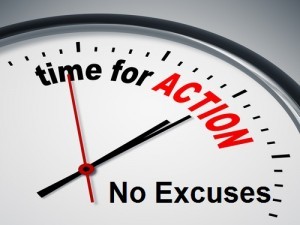 10 Excuses for Not Developing Strategic Agility 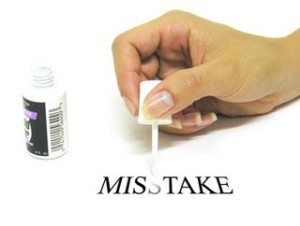 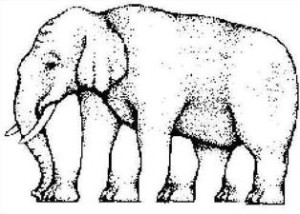 Are You Pausing to Just Look?