Blog » Put the Resolve Back into Your New Year’s Resolutions

Put the Resolve Back into Your New Year’s Resolutions 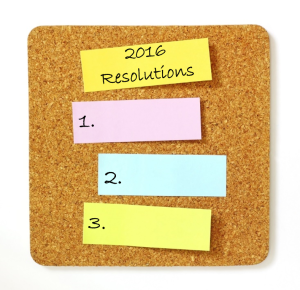 Thinking about making New Year’s resolutions but worried about not being able to follow through? If so, you’re not alone.

According to a recent survey, 16% of people decided not to set any New Year’s resolutions in 2015, and that number is expected to increase for 2016. Of those who do plunge ahead with well-intentioned resolutions, 50% abandon them by June 1, if not sooner. There’s even an unofficial holiday, called Ditch New Year’s Resolution Day, which is “celebrated” on January 17.

Why the decline in resolution setting?

Could it be we’re all just running so fast that we don’t take time to pause at the beginning of the year anymore? Is it because most of us never stick to our resolutions anyway, and don’t want to set ourselves up to fail?  Maybe we’re just so overwhelmed by the constant “doing” loop that we can’t bring ourselves to layer anything else on top of what we’re already doing.

If you ask me, the answers are yes, yes and yes. Most people to want make positive changes in the coming year. But as our world moves ever faster and becomes more complex, the idea of piling more on our already overloaded plates seems less and less appealing.

If you decide to go ahead and to take the resolutions plunge, and most of us do need to shift a few habits to be even more successful, the following strategies will increase your chances of success.

This is one of the most fundamental rules of goal setting. Studies show that people who write down their goals achieve them at a higher rate than those who don’t.

“I want to lose weight” doesn’t cut it. “I want to lose 15 pounds by the end of March and keep them off” gives you a much more specific outcome to aim for.

If it’s a big resolution, plan it out in 12-week increments, with interim goals at the end of each period. When the end goal seems too far in the distance and/or too big of a hurdle to jump, the brain tends to lose focus and start thinking that it can’t be done.  Or it waits too long to make any progress thinking you’ve got plenty of time.

Use future, active, past tense statements to ‘trick’ your brain into thinking it has already accomplished the goal. For example, instead of saying “I will lose weight,” say, “When I have lost weight, I will have changed to a more balanced diet and exercised at least five times a week.” Or, “When I have accumulated X amount of savings, I will have reduced unnecessary spending and put a set amount from every paycheck into savings.”

This process, called “success visioning,” is based on the brain’s inability (on many levels) to distinguish between what is real and what it is told. Using future, active, past tense language focuses the brain on where you want to go (your resolution) and paints a picture of what it looks like when you have gotten there. Instead of coming up with reasons why you can’t achieve the goal, the brain actively looks for ways to make it happen.

Start every day by reviewing your written resolutions and why they’re important to you. That means (gasp!) actually taking a few minutes out of your morning rituals to pull that piece of paper out of your desk drawer and review the goals – every morning. For even better results, read them out loud to yourself, with feeling!

To keep the goals visible throughout the day, put a sticky note on your bathroom mirror. Tape a note to the dashboard of your car. Create a screen saver on your computer or laptop with your resolutions. Have your accountability partner send texts or emails with your shared resolutions. The options for keeping the goals in front of you are endless.

Leaving sticky notes to yourself may sound silly. But the human brain is very visually oriented, and visual reminders help keep the brain focused on what’s ahead. So stay positive, stay focused, and do something every day to move closer to the goal. In a few weeks or months, you just might be on those who actually follows through with and achieves their New Year’s resolutions!

Call to action: Commit to reading your written goals every morning for 30 days before you leave the house.

Get More Done – Interrupt Your Interruptions 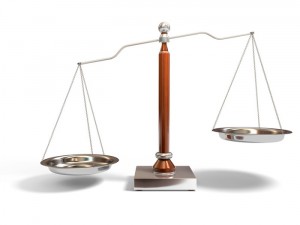 What’s Your Favorite Bias (And is it Subverting Your Planning Process)? 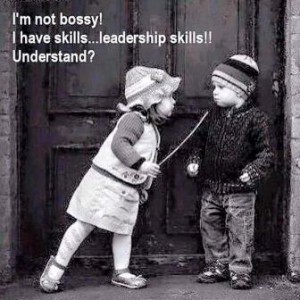