Blog » Do You Have a Bias for Action?

Do You Have a Bias for Action?

Do you have a bias for action? 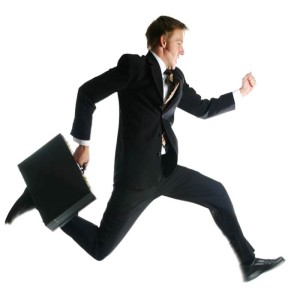 These days, most of us do. From the time we wake up in the morning until we go to sleep at night, must of us are pushed from all directions to run as fast as we can. Never mind about whether we’re running in the right direction or actually getting the things done. Just run!

Running without pausing to think means we end doing a lot of things over a second or even a third time. But that’s okay as long as we look busy, which, sadly, has become more important than almost anything today. How else do we explain dropping smart phones in the toilet because we can’t tear ourselves away from our mobile devices long enough to take care of our bodily functions? Or running red lights and texting while driving?

Clearly, these are illogical behaviors. But somehow we‘ve created powerful thought bubbles that cause us to believe we really are more important than our survival. Or in many cases, the survival of others.

Think about the last time you attended a conference, industry gathering, or even a large internal meeting. What was the first thing you did at break time? You checked your phone or smart device. Come on, fess up – you know you did! Despite the opportunity to build networks, develop camaraderie, or discuss common issues and challenges, you went to your device instead. It seems like an odd thought bubble, until you consider our society’s overwhelming bias for action.

I recently finished reading a great book called The Art of Thinking Clearly. The author, Rolf Dobelli, clearly points out how our bias for action frequently leads to bad decisions and even worse results. For example, one of the most suspenseful plays in soccer is the penalty kick. The referee places the ball directly in front of the goal, blows his or her whistle, and the offensive player unleashes a mighty kick. The goalie, clearly at a disadvantage, has less than three-tenths of a second to react and stop the ball.

Here’s the interesting part. Research shows that goalies almost always dive to the right or left, rarely choosing to stay in the middle – even though they know that 1/3 of the shots will come right at them. Why? According to Dobelli, it’s primarily due to our bias for action. It also has to do with appearance.

Dobelli cites other examples of our bias for action. New investors often buy stocks even when they don’t have the knowledge or experience to judge the market. Doctors who can’t diagnose a patient’s illness are more prone to intervene and prescribe some course of treatment rather than waiting for more evidence. Rookie police officers often escalate potentially violent situations by intervening too soon rather than letting calmer heads prevail.

It all comes down to the fact that humans don’t like to sit and do nothing when faced with uncertainty. In new or shaky circumstances, says Dobelli, we feel compelled to do something. Afterwards we usually feel better, even if our actions made the situation worse.

As a society, we place a lot of value on appearances. Which is why we tend to reward quick thinking and decisive action, even when the results don’t turn out well. This is especially true in business, where everyone looks to leadership to make decisions and determine a course of action.

In today’s business world, we often have to make decisions without having all the data. But when faced with an unclear decision or situation, the proper course of action may be to pause for at least a moment or two, sit back, gather more data or at least look at the data you already have, and wait until we can more clearly assess all our options. Or as I like to say…pause, think, focus – and then run!

Call to action: When faced with a tough decision ask, “Do I have the data I need or am I letting my bias for action drive the decision?” 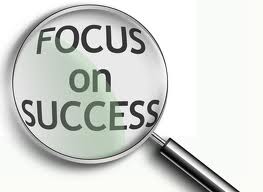 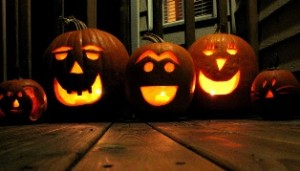 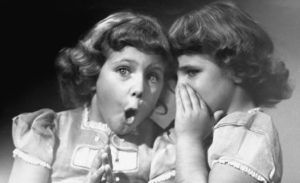 Is Winning a Secret in Your Organization?