Blog » Labor Day: A Tribute to the American Worker

Labor Day: A Tribute to the American Worker

To most Americans, Labor Day represents just another three-day weekend that signals the end of summer and a return to school for the kids. But as with all holidays, there’s more to it than the barbeques, beach bashes and family get-togethers.

Created by the Central Labor Union of New York, a forerunner of various trade groups that later became part of the AFL-CIO, Labor Day was first celebrated on Tuesday, September 5, 1882. Its purpose was to honor the American worker and create a day off for working citizens.

Two years later, Congress declared Labor Day a federal holiday, dedicating it to the social and economic achievements of American workers. Congress also moved the holiday to the first Monday in September, and since then Labor Day has served as our yearly tribute to the American workers who have contributed so much to the strength, prosperity and well being of our country.

The rank-and-file worker often gets a bum rap these days. But the fact remains that American workers are still the most productive in the world, and we owe much of our extremely high standard of living to their muscle, sweat and toil. So this Labor Day, I propose that as leaders and managers we take a moment to reflect on what we can do to show our appreciation to the people who make us successful.

Ask yourself, “How often do I…

Communicate the goals to employees so that they know where we are going?
Tell employees what is expected of them and how they will be held accountable?
Spontaneously recognize employees for doing something right?
Actively solicit and encourage feedback and input from employees?
Tell employees how much I appreciate their efforts?”

If you aren’t doing these things on a consistent basis, identify what is stopping you and remove those roadblocks. It’s your job as a leader or manager to communicate consistently, clarify expectations, hold people accountable and recognize performance. It’s also a great way to show employees how much you appreciate their efforts. 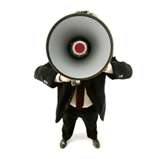 How to Keep Employees Informed – A Step-by-Step Guide

How to Have Better Performance Evaluation Conversations

Part 2: Did you learn much as a leader or manager from the past year?