Have you ever made an important business decision late in the day, only to look back on it a day or two later and wonder, “What was I thinking?”

It turns out the problem may not have been so much what you were thinking as when.

A recent New York Times article, http://www.nytimes.com/2011/08/21/magazine/do-you-suffer-from-decision-fatigue.html?_r=2&scp=1&sq=willpower&st=cse, relates the story of three jailed Israeli men who appeared for parole hearings before the same board. Two were serving a 30-month sentence for fraud, and one a 16-month sentence for assault. All three had completed at least two-thirds of their sentences, but only one had their parole approved by the board — a decision that was heavily influenced by the time of day the hearing took place.

The prisoner granted parole had his hearing early in the morning. The other two had their hearings in mid to late afternoon, when the judges were suffering from “decision fatigue,” a condition the article defines as a gradual depleting of mental energy as a result of continually making decisions.

According to researchers, the percentage of favorable rulings in parole hearings starts out at its highest early in the morning, and then steadily declines as the day wears on. This percentage increases dramatically after food breaks, but immediately declines again as soon as the judges resume their decision-making processes.

Here’s the bad news for business leaders: we’re not immune to this phenomenon of decision fatigue.

As leaders and managers, we make decisions all day long. So it’s not surprising that the mental work of making decision after decision should wear us down, cloud our judgment, and sometimes lead to disastrous choices. Decision fatigue can also explain other undesirable managerial behaviors, including losing focus in meetings, getting angry with colleagues, or making impulsive, irrational decisions without considering the consequences.

The problem with decision fatigue is that we don’t feel tired physically, so we rarely notice it. But each decision saps more of our mental energy. The more choices we make throughout the day, the more difficult they become. After a while, the brain begins to look for shortcuts by acting impulsively (rather than expending the energy to think) or by shutting down altogether and refusing to make a decision.

This makes some of the reasoning behind irrational decisions more understandable. It may also explain why people in positions of power sometimes indulge in highly questionable behaviors, such as tweeting inappropriate messages or pictures of themselves.

People in sales have always known this intuitively, especially with products that offer many options or require numerous decisions as the sales process unfolds. Keep this in mind the next time you buy a new car. Salespeople know they have much better odds of selling pricey options near the end of the sales process (when you’re tired from making decisions) than at the beginning. It’s also why retailers put impulse items right next to the cash register on your way out.

We can’t eliminate decision fatigue, but we can minimize its effects with the following strategies:

Don’t minimize the potential dangers of decision fatigue. Keep in mind that you can be mentally tired without feeling physically tired.

When possible, schedule important meetings and/or decisions for early in the morning. As a second alternative, aim for right after lunch or a mid-afternoon break.

Throughout the day, pause for a moment and let the mind relax. Take a short walk outside. Eat a healthy snack and drink plenty of water. Doodle. Breathe deeply.

Get clear on what winning looks like for your organization

Without clear goals, you end up with more choices because every activity looks like an important one. The more choices you make throughout the day, the more it contributes to your mental fatigue. Gaining clarity around your destination and the interim goals and objectives needed to get there eliminates unnecessary choices and minimizes the brain drain that occurs from excessive decision-making.

So avoid making critical decisions during those times when decision fatigue might rear its ugly head. And if you happen to have a parole hearing coming up in the near future, remember to go first thing in the morning! 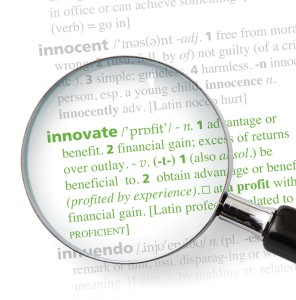 The Real Recipe for Innovation 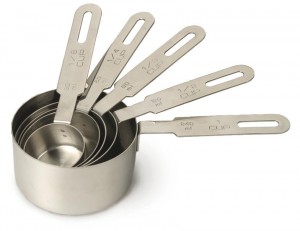 Measuring What Matters: How to Stop Wasting Time, Talent, and Resources on Projects that Don’t Go Anywhere 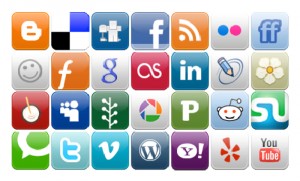 Are You Shifting Into High Gear with Social Media?