Blog » Are There Hidden Gorillas in Your Markets?

Are There Hidden Gorillas in Your Markets? 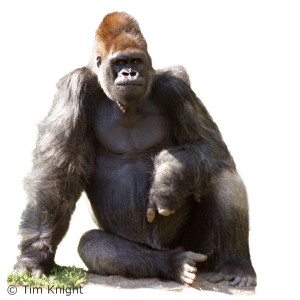 It’s the one where two Harvard University professors showed students a short film clip of people in a circle passing basketballs back and forth, and asked them to count the number of passes between people wearing white shirts. Halfway into the clip, a person dressed in a gorilla suit walks into the circle, turns to face the camera, beats on her chest, and then walks out.

Afterwards, the professors asked how many people saw the gorilla. To their astonishment, only about half the class raised their hands. Moreover, despite the professors’ assurances that the gorilla did indeed make an appearance, those who didn’t see it remained confident in their belief that it didn’t exist.

(If you haven’t seen the film clip, you can watch it at http://www.youtube.com/watch?v=vJG698U2Mvo. Obviously, knowing the outcome guarantees you will spot the gorilla. You’ll be amazed that anyone could not see it – it’s that obvious. I often use this clip with participants in keynote addresses and my experience is that less than 30% of the audience sees the person in the gorilla suit the first time – even lower than what the original professors experienced!

The two professors – Christopher Chabris and Daniel Simmons – have now written a fascinating book called “The Invisible Gorilla: How Our Intuitions Deceive Us.” It’s a great read that addresses several critical shortcomings inherent in our most important leadership tool – our brain.

“The Invisible Gorilla” examines six everyday illusions that profoundly influence our lives: illusions of attention, memory, confidence, knowledge, cause, and potential. According to the authors, these illusions represent distorted beliefs we hold in our minds that are “not just wrong, but wrong in dangerous ways.”

The gorilla clip offers a great example of the first illusion (attention), which says that we think we pay attention to much more of the world around us than we actually do. The audience is so focused on a specific task (counting the number of bounced passes) that many people don’t spot the simian as it leisurely strolls through the video.

What I find fascinating about the study is not how many people fail to see the gorilla. With a background in behavioral science, I’ve learned a lot about how the brain filters what we see, hear, and pay attention to. It’s the reaction afterwards that would be comical were it not so scary.

At first, people who didn’t see the gorilla insisted that no such animal appeared in the clip. No way could they have missed something like that! After watching it a second time, however, all were shocked and amazed at how obvious the gorilla appears. Some even accused the professors of showing a different video the second time around.

And that’s where three of the illusions come in.

We think we see more than we actually do (illusion #1). We overrate our abilities to recall what we have seen (illusion #2). And we constantly overestimate our own qualities and abilities (illusion #3).

These illusions explain a lot of otherwise inexplicable human behavior. For example, how four people can see a car accident and all have very different versions of what happened. How we can “recall” events that never actually occurred. And how we can get many things wrong when we’re absolutely, positively sure we’re right.

These illusions show up everywhere you look in the business world.

These companies were run by very smart, capable people. But their brains caused them to see what they wanted to see. And they missed the 800-lb. gorillas walking right through their industries. Add to that their inflated confidence in their abilities to continue dominating their markets, and the end result was inevitable.

General Motors seems to have woken up and seen the gorilla (albeit with a lot of help from the federal government). The music industry continues to crank out CDS, but they’re beginning to adjust to the new realities of popular music distribution channels. And Blockbuster is desperately trying to reinvent its business model while protected by bankruptcy, but they may have fallen too far behind to ever catch up.

As business leaders, it behooves us to get more in tune with how our brains really work. In particular, we need to become more aware of the many ways it causes us to distort reality and miss what’s really going on in the world around us. “The Invisible Gorilla” makes a great starting point for accomplishing this goal.

The Secret Sauce For Successful Implementation 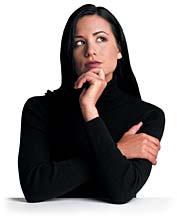