A Tale of Gut-Wrenching (Literally!) Innovation

Logan Ebert was born without most of his esophagus, the tube through which food travels from the mouth to the stomach. From day one, this healthy, happy teenager who just graduated from high school had to be fed through an artificial tube just to stay alive.

When his parents began researching “esophageal atresia,” as the condition is called, they discovered that the remedies included moving the stomach up into the chest, or fashioning a length of esophagus from an extracted piece of colon. The Eberts didn’t like any of the options, due to their potential long-term negative effects, and continued with their research, spending hours in the nearby university library poring over medical books and articles (this was pre-Internet).

Eventually, Logan’s mother discovered an article written by Dr. John Foker, a University of Minnesota surgeon who had recently pioneered a difficult surgery on an infant who was also born without most of his esophagus.

Foker’s strategy for the surgery involved connecting the two separated ends of esophageal tissue so food could flow through in a normal manner. However, once inside the baby’s chest, he discovered that the gap was too wide on each end to accommodate that approach.

At that point, Foker had about two minutes to come up with a life-saving new medical procedure. So, like any good innovator, he paused for a moment, and ate a Snickers bar. Then he had one of those “aha!” moments that changes peoples’ lives.

Developing a new technique on the spot, Foker placed sutures in both ends of the incomplete esophagus – not to stretch the tubal tissue as with traditional procedures but to apply tension and stimulate the tissue to grow. Two weeks later, the child’s esophagus had grown enough for Foker to surgically connect the ends, and the procedure was a success.

Here’s the interesting part, and what so often happens during the innovation process. As Foker began suturing the two ends of the incomplete esophagus, everyone else in the operating room was convinced it wouldn’t work. And when the Eberts began asking doctors in their area for their opinion of the groundbreaking procedure, nearly all of them agreed it would never work.

Undeterred, they took Logan to Foker, and he agreed to perform the surgery on their 9-week old baby. Today, Logan is a healthy teenager who competes in basketball and track, and lives an otherwise normal life. So much for the naysayers!

What can we learn about innovation from this happy-ending story?

For starters, if you want to innovate, don’t listen to those who say it can’t be done. This doesn’t mean to ignore all evidence to the contrary. But don’t automatically reject an idea just because it seems far-fetched or people say it will never work. Be prepared to take a few risks. Had the surgery not gone well, the outcome could have been heartbreaking.

And don’t let yourself get stuck on the “obvious” solution. In this case, the obvious solution involved stretching the esophagus to make it fit. Realizing that would not work well, Foker employed one of my favorite innovation techniques – asking a “what if?” question. In this case, wondering to himself, “I can’t stretch the esophagus far enough, but what if it could grow?” Knowing that tension can sometimes provide a biochemical signal that stimulates tissue to grow, he put just enough pressure on each end of the esophagus to provide that signal.

Foker has since performed or assisted with more than 200 “Foker Method” surgeries. He has gone on to teach the procedure at several hospitals around the world. Plus he worked with Boston Children’s Hospital to establish the first center that specializes in the technique.

One final lesson: sometimes you just have to listen to your gut. Not the one you’re working on, but the one inside you that’s asking, “What if we tried it this way? What if we didn’t listen to everyone who said it couldn’t be done? What if we threw out what we knew about this product or process and started over from scratch?”

Innovation rarely occurs by pulling earth-shattering ideas out of thin air. Most of the time, it’s all about looking at the world differently, challenging our assumptions, and taking what already exists and putting it together in new and different ways. And sometimes, saving lives in the process.

Call to action: Identify an area of your business where you would like to innovate and ask one “What if” question about it.

Innovating Your Own Management: Are You Up to the Challenge? 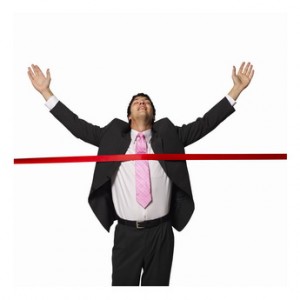 Three Strategies for Winning in 2012