The Qualities That Leading Companies Possess

The product and service you provide will go a long way towards your eventual success or failure, but it’s not the only factor. There’s a lot of “behind the scenes,” even invisible, forces that ultimately impact how well your business will do. One such example is the qualities that drive your business. This essentially dictates how your company operates. Sometimes, companies just fall into doing things in one way or another, but it’s worthwhile taking control and dictating what you want. If you’re in the middle of this process, or just getting started, then it’s a good idea to look at how the world’s leading companies conduct themselves. After all, if it pushed them to the top of their industry, then it might just help you reach your full potential too.

So what are they? Let’s take a look at some of the best examples below.

A Care For Their Employees

Your employees will be your company’s greatest asset. Sometimes, business owners can get into the habit of thinking that their customers come first, but this is a mistake. If you have an engaged, empowered workforce, then the happy customers will naturally follow. There are a million and one ways to encourage your employees to be the best they can be, but doing things like offering bonuses, putting together an employee development plan, and helping to create a sense of togetherness and teamwork is the most effective. The more that you invest in your employees, the better your company will be — it’s that simple.

However, even with the best staff in the world, you won’t necessarily have the best relationship with your customers that you could have. For that, you need to actively work on your customer engagement. Sometimes, businesses fall into just assuming that because the customers are currently there, that they’ll always be there. But this is not the case. In an age when competition for people’s money is more fierce than ever before, it’s important that you’re taking extra care to maintain those relationships. Going above and beyond what’s expected will ensure your customers always see you through a positive lens.

One of the key differences between large and small companies is the scope of their imagination. While it’s fine to be a small company, if you have ambitions to be a large company, then you’ll have to get rid of the small business mentality that all too often holds companies back. We live in a climate where the sky’s the limit when it comes to success — the only parameters are the ones that you put on yourself. If you look at, say, Amazon, they could have been happy to stay as a small book seller, but instead, they were ambitious. They dreamed big (and continue to, as well). Rather than being content with where your company is right now, think of the future and imagine the best scenario possible.

But Also Know the Value of Dependency/Traditional Values

Of course, while dreaming big will provide the ambition you need to achieve your best, the best companies and entrepreneurs also know the value of consistency, dependency, and other traditional values. There’s been a lot of talk in recent years about companies that have changed the game by doing things completely differently, but that doesn’t tell the whole story. While some companies that take that approach do succeed, most fail. In order to be the best company that you can be, it’s important that you’re mixing ambition with good old hard work.

You can fool some people some of the time, but you can’t fool all the people all the time. It’s becoming increasingly clear that honesty is an attribute that all companies need to embrace; you just can’t build a long-term, successful venture if you’re not true to yourself. Insincerity is something that’ll give you away sooner or later, and when it does, you’ll be back where you started from. A good idea is to put together a list of the values that you truly believe in. though the details of your operations might change from time to time, if you know that you’re always staying true to your core values and beliefs, then you’ll always be sincere.

They Embrace Their Social Duty

Companies don’t exist in isolation, either from each other or from the wider world. Indeed, these days, they’re probably a bigger part of the world than they’ve ever been. You can see this in how the large companies operate; they don’t just go about their business, indifferent to what’s going on in the world — they engage with the challenges and circumstances of the globe. Finding the social purpose for your business will depend on the type of company you run and so forth, but it’s a good idea to think about it. It’s the right thing to do, for starters, but it can also benefit your business, too — studies have shown that consumers are increasingly eager to give their money to companies that take their social responsibilities seriously, rather than to ones that ignore them.

They Have a Sense of Purpose

A person that starts a company with the goal of simply earning money will run into problems sooner or later. Why? Because that’s not a strong enough motivation factor. Amazon makes a lot of money, but that’s not what gets Jeff Bezos out of bed each money; he’s driven by a desire to create the ultimate consumer experience. The Beachbody Company also has a lot of customers, but they’re not successful because of that — customers are just a happy side effect. Rather, the company approaches its operations through the lens of its sense of purpose, which is to help people become as healthy as possible. It doesn’t matter how small or grand your sense of purpose is; the important thing is that there’s something that motivates you.

You could have a business that’s successful today, but that won’t necessarily mean that you’ll have a successful business five years down the line. Why? Because the business world is always changing. In fact, change is about the only thing that you can be sure of! If you’re not open to change, then you’ll simply be dying a slow death. The more things change, the less relevant your business will become. As such, the biggest and best companies take an agile approach to their operations, which allows them to shift direction when required. Think of Blockbuster; if they had been an agile organization, then they may have adapted to the digital age and still be around. Instead, they were too locked in their ways, and, for that reason, they went out of business.

They Do Things Their Way

A person can’t fully thrive if they’re trying to be like everyone else. And the same can be said of companies. While you might pick and choose some aspects of other companies for your own business, it’s also important that you’re doing things your way. For starters, this will simply make you more interesting — customers would have no reason to come to you if you’re just like everyone else. Second, it’ll allow you to continue moving forward. You can’t establish yourself if you’re continually looking to other companies to tell you what to do. Have faith that your ideas will take you to where you want to go. You’ve got your own story to tell; while it can feel comforting to walk someone else’s walk, that’ll only lead to problems further on down the line.

Business should fundamentally be serious, but it doesn’t have to be serious all the time. There’s plenty of space for fun when you’re running a company, in most industries, anyway. There’s a lot of value to occasionally dimming the seriousness and focusing on good times. It’ll help improve your relationship with your staff, for example, and also improve customer relationships — who doesn’t like to interact with a fun company?

When you decide to start a business, you’re essentially signing up for a lifetime to evolution. This is often forgotten by some companies, who think that they’re the finished article the first day they begin trading. This is not the case! While you might have good products and services right now, they’re surely not perfect. There’s not a single company in the world that can survive without looking for ways to improve.

As we’ve seen, there’s much more than contributes towards the eventual success or failure of a company than simply their idea. Even if the idea brings profit and customers on a short-term basis, there’s no guarantee that it’ll continue to do so in the future. As such, it’s important that companies of all sizes are thinking about the values and qualities that push their business forward. It can take a little bit of work, but it can be mightily influential — plus, in doing so, you’ll create a company that feels truly unique and your own. 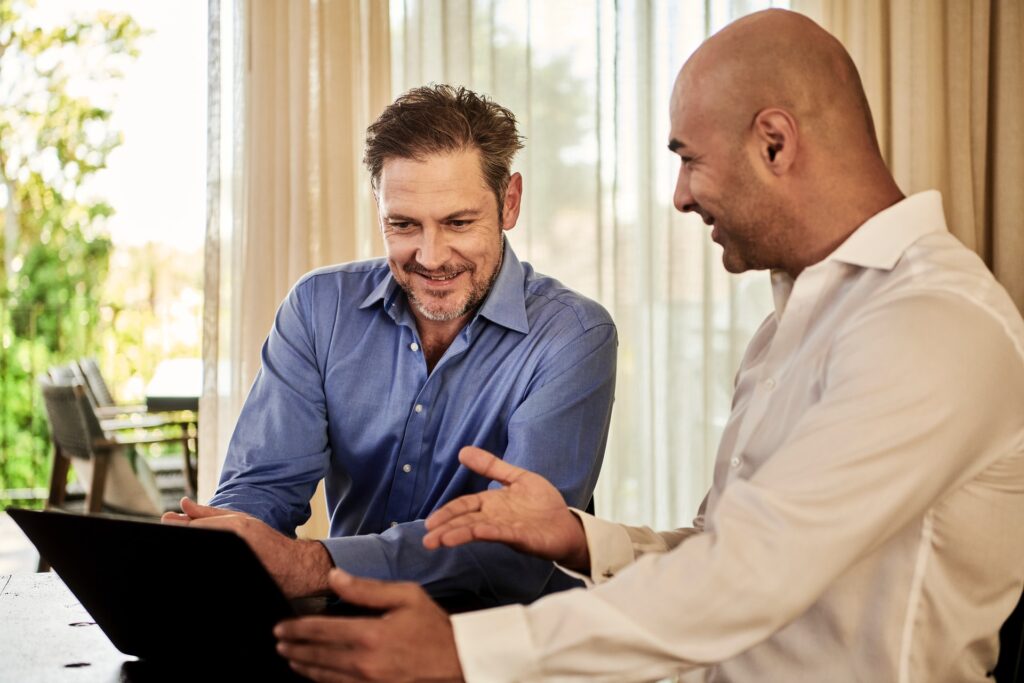 How to Successfully Implement Strategies – a Brief Guide 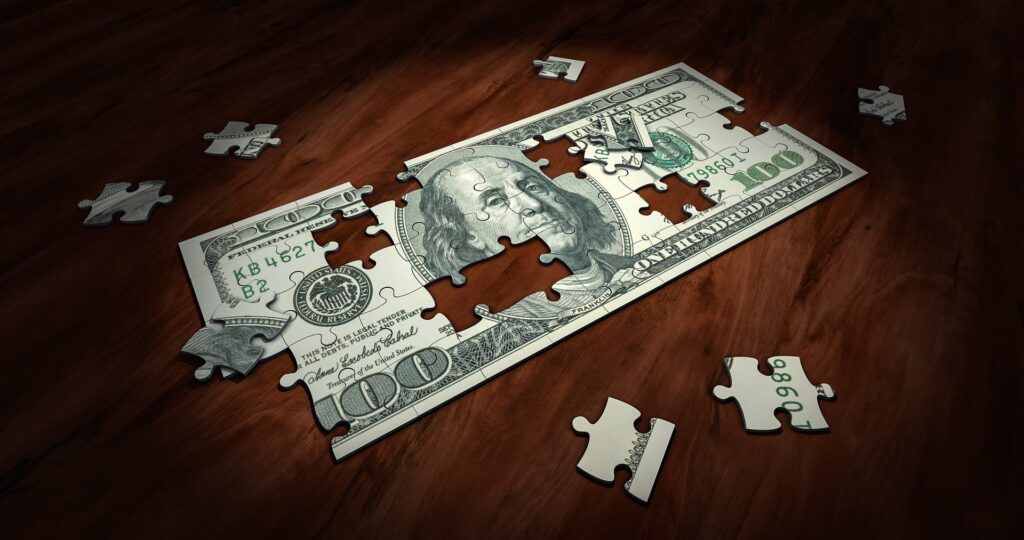 Controlling Your Debt Options to Help Manage Your Money 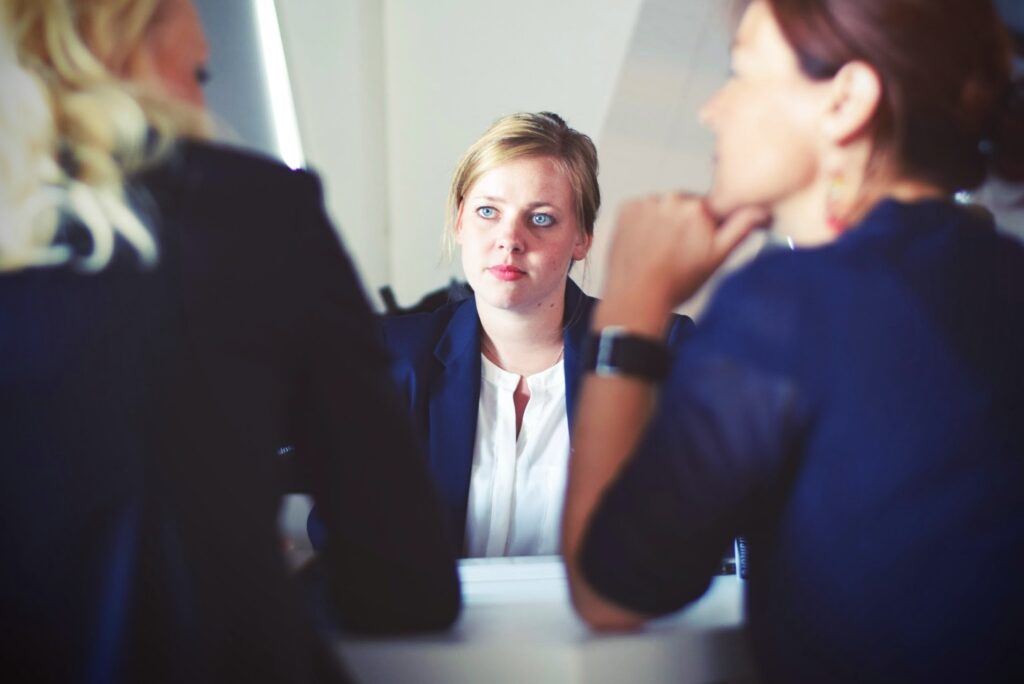 4 Ways You Can Improve Your Customer Service