Tasty Tips To Help You Ace A Business Lunch Or Dinner

Business meetings aren’t as popular as they once were, but they’re still as effective and serve an important purpose for entrepreneurs. Any boss who wants to onboard clients needs to show his or her value, which is hard when it seems as if everything has been tried before. Plus, you don’t want to come off as gimmicky or too “salesy”.

Thankfully, the olds ways are the best because going to lunch or dinner with a potential business client or partner is an excellent way to build a relationship. By sitting down face-to-face, you can laugh and joke, speak honestly and use the environment to get your personality across.

However, a corporate meal isn’t the same as going to a restaurant with your partner or friends. Certain things are off the menu as they’ll highlight red flags, the kind of warning signs that make investors think twice before starting a relationship with a brand. Considering that dinners can be awkward, it’s not unusual to feel a little tension prior to eating out with a client for the first time.

You might not master the etiquette rules right away, yet these tips should help you to strike the perfect balance between friendly and professional, giving you the best opportunity to turn a lead into a conversion. Here are six dining tips for business meals.

In the past, men would open doors for women and stand up at the table as a woman approached. If you’re a guy, you might not know whether this sort of behavior is appropriate. On the one hand, it appears old and outdated. On the other, it’s always nice to hit the ground running and impress a lady. When in doubt, leave it alone.

Female entrepreneurs only want one thing – to be treated equally. And, this applies to the stuff that you might assume they would enjoy, such as pulling a chair out at the table. Guys, you’re not on a date, so there’s no reason to step over the line between friendly and romantic. Instead, it’s essential to be gender-neutral, like most modern businesses are in the 21st-century.

Of course, you should still be polite. For instance, don’t let a door shut on a client because you don’t want to cross a line. Holding a door open for the person behind isn’t chivalrous, but well-mannered and respectful. The same goes for women and men as politeness is a trait people look for in business partners.

Remember that you want to give off a professional first impression, and it’s hard to do when you look as if you’re stuck in the dark ages.

Everyone understands the value of dressing to impress. Your appearance is a barometer of the brand as clients will judge the company’s products and services based on the person in charge. After all, they are a reflection of you as a person, so it’s a smart way to gain insight into a business.

With this in mind, it’s imperative not to drop the ball when you’re out in public. This doesn’t mean you should don an expensive suit or fancy dress every time you go for a business meal – it’s uncomfortable and adds formality – but you should at least dress in smart-casual clothing. Tracksuit trousers and sneakers are a big no-no.

It’s not only your clothes that reflect badly on your organization. Lots of businessmen and women will analyze your approach to dinner, such as whether you talk with your mouth open or slurp soup. Therefore, it’s wise to take your time with your plate of food and opt for smaller bites that don’t present chewing challenges.

Try not to appear regimented, either. By rejecting food that is offered to you, it’s easier for your guest to make a snap judgment about your inability to take risks. In business, taking a calculated gamble is essential, so not trying a dish due to its appearance could be fatal to your relationship.

#3: Don’t Dive In After Service

Picture the scene. You’ve been rushed off your feet all day and not had a chance to eat. Also, you knew about the dinner and didn’t want to overindulge beforehand. As a result, you’re starving and can’t wait for your food to arrive at the table. When it does, you jump right in like a crazed animal, only stopping to come up for air.

As you can imagine, your guests won’t be impressed by the spectacle. Firstly, it’s rude to begin eating before the rest of the table has been served. Secondly, it’s another red flag, this time relating to your inability to resist temptation and act like a normal human being when you’re hungry.

It’s not straightforward, not when your stomach is rumbling and the food smells delicious, yet it’s vital to be restrained. After all, it usually only takes a couple of minutes for the rest of the order to arrive. What should you do when everyone’s meal arrives? As a rule, it’s best to let four or five people dig in.

That way, you’re following the lead of the party as a whole rather than going off on your own like a maverick.

With all the politeness pointers in this post, this might seem counterproductive. Surely it’s better to say “please” and “thank you” regularly as opposed to hardly saying it and appearing impolite. The logic is solid, yet the execution leaves a lot to be desired because your table will be a busy place as waiters and waitresses buzz around in an attempt to fine-tune the experience.

Therefore, constantly minding your manners is a potential pitfall since it prevents you from concentrating on the client. You’ll be too busy worrying about minding your Ps and Qs. You can’t ignore them entirely, so you must strike a balance by interrupting your interruptions. A fantastic method is to wait until they are finished serving before responding.

For example, your waiter will get your drinks first, remove unneeded cutlery, and finally lay your food on the table. By waiting until the final hurdle to thank them for their service, you can focus on what’s important – getting down to business – while highlighting your impeccable etiquette.

There are other ways to express your gratitude, such as leaving a big tip (more on that later) or using body language. The latter means that a warm smile is just as effective as saying the words, “thank you”.

There are several theories on tipping, all of which you should ignore! Leaving 10% or 15% isn’t enough, not when it’s a corporate lunch. It shows that you’re stingy with your money, and this isn’t positive. Sure, you need to cut operational costs, yet shortchanging a waiter or waitress who barely makes $5 an hour is cold.

However, the coast still isn’t clear because you have to calculate how much to leave without whipping out a pen and paper. Thankfully, a percentage of calculator is handy in these situations as all you have to do is type in the numbers. You can pick software with formulas that are perfect for tips.

If math isn’t your strong point, you should try to avoid using a calculator in plain sight, although it’s not wrong if you don’t get an opportunity to work it out sneakily. Usually, your guest will go to the bathroom, or you can make the excuse and use the time to crunch the numbers.

Should you arrange lunch or dinner, you must pick up the check. It’s that simple. You don’t have to if it’s the other way around, but it’s smarter to ask if the host wants to split the tab. Mostly, they’ll cover it, yet it’s good to make an effort.

A formal business event isn’t a date, but some of the rules still apply. The main one is to be yourself and not to get lost in trying to be somebody you think your guest will like. There are several reasons you shouldn’t pretend, yet the one to keep in mind is that the pretense will end someday.

If you do work together, they’ll quickly realize that you’re a different person, and your relationship might sour. Remember that it’s a two-way street. Yes, you want to impress because you want to turn a lead into a conversion. Still, the lead has to be the right one. You shouldn’t sell your soul for a quick sale.

Of course, you will have to be flexible since some personality traits are inappropriate. For example, please don’t cuss. People find it crass and unnecessary, so it could be a massive turn-off. A good move is to be reserved and take your time.

Ask them open-ended questions that encourage them to speak and open up. As you’re listening, you can decide which parts of your personality will combine well with theirs.

Business lunches and dinners aren’t obsolete, so you must understand how to present yourself around important and lucrative leads. 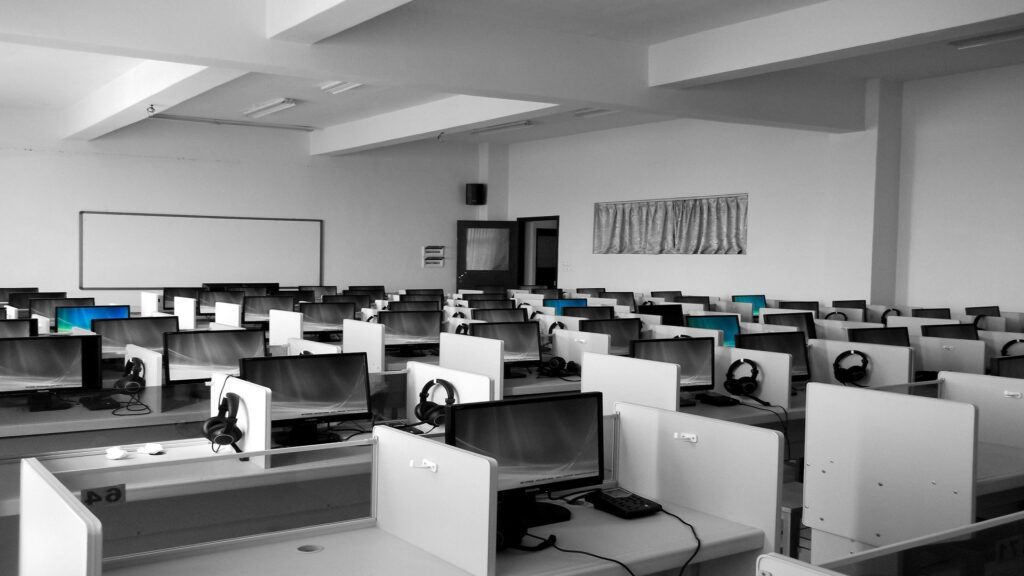 11 Questions To Ask Your IT Provider To Avoid Network Nightmares 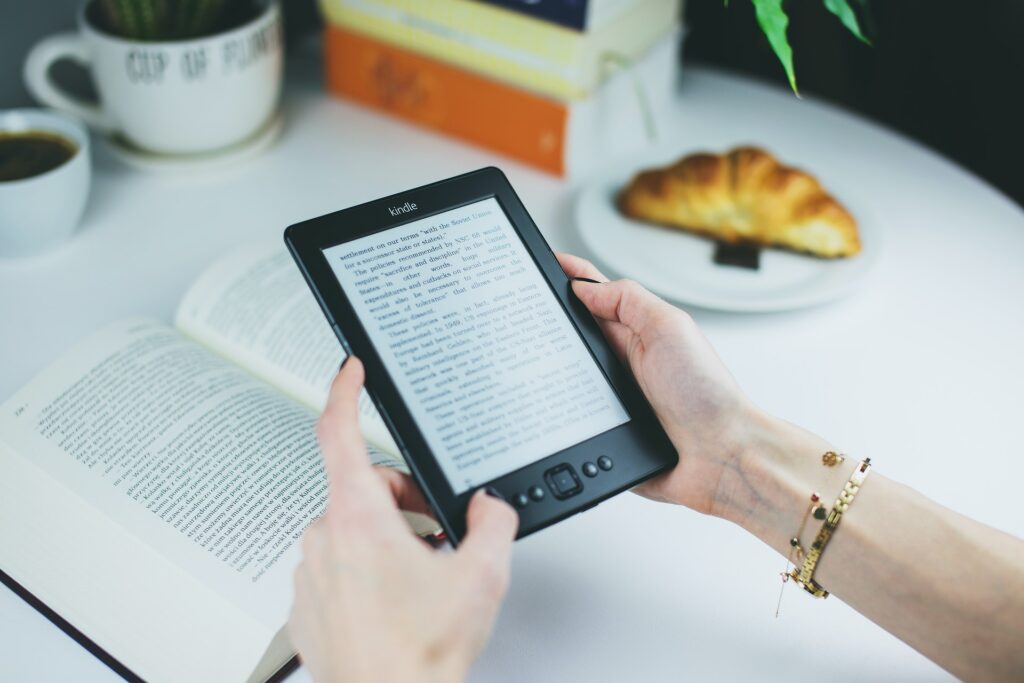 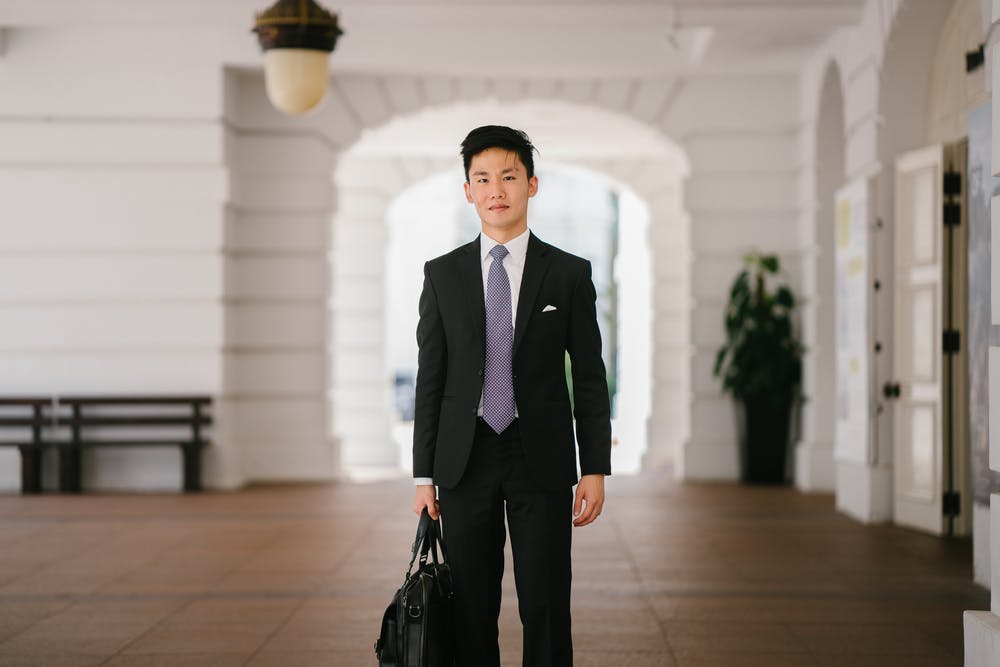 Here’s How To Avoid Future Business Headaches On The Horizon