Blog » 10 Good Reasons Not to Trust Your Brain 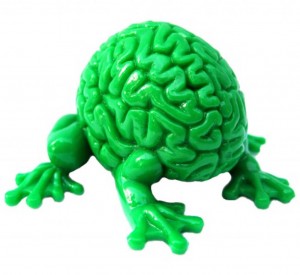 The human brain is a marvelous tool. However, it was designed for a very different world than we currently live in. As a result, it retains many design flaws that do not serve us well, especially in today’s business world where new ways of thinking and ongoing innovation are essential for success.

Perhaps the most damaging flaw is the brain’s tendency to think it’s right. In fact, it often insists it is right even in the face of contradictory evidence. So the next time you’re absolutely, positively sure you’re right, consider these 10 reasons not to trust your brain:

1. It jumps to conclusions.
The brain loves to solve problems. But as soon as a solution presents itself, the brain wants to accept it as the solution. Case closed – let’s move on to the next problem! No seeking alternative answers; no exploring possibilities. Not a good approach considering most business problems have more than one good solution and the act of exploring multiple right answers often opens doors to all sorts of success.

2. It sees what it wants to see.
The brain acts as a filter, constantly screening in and screening out information. Unfortunately, it tends to screen out information that contradicts our prevailing view of the world and let in that which supports it. Ever been jilted by a romantic partner and wondered why you were the last to know? Ever been sure you had the right data and looked at the information again to find you were way off? The signs were usually there all along. Your brain just didn’t want to see them.

4. It ignores the obvious (and then tries to justify it).
We know that drunk driving is dangerous, and texting behind the wheel is even worse. Yet we do them anyway. Why? Because our brain tells us we won’t get caught. Or, it assures us we won’t get in an accident. Or, we really are that important that we have to respond immediately and ignore the safety of ourselves and others. After all, it always happens to someone else, right?

5. It’s not designed for multitasking.
In today’s time-deprived, hyper-paced world, our brain wants to convince us of the virtues of multitasking. Yet, research shows again and again that multitasking increases stress, inhibits creativity, and makes us less efficient. Pause and think about that the next time you try to do five things at once!

6. It constantly makes stuff up.
In the absence of information, we make stuff up. We do it all the time, and then we believe it to be true! Our brain won’t live with a void so it fills in the blanks. Most of what we make up is negative, and usually worse than the truth. Just listen to your internal dialog the next time the boss calls you into her office and you don’t know what for.

7. It seeks to avoid threats rather than pursue opportunities.
Coming up with new ideas and new ways of doing things requires going out on a limb. However, in most cases the brain will choose avoidance of pain over the pleasure of some future reward. Not a good way to support innovation, which includes a certain amount of pain (failure) in order to succeed.

8. It wants to stick with the known.
When stressed, the brain seeks comfort in what it is familiar with – even when it becomes obvious that the old way is no longer working. That’s why people stay in bad jobs or bad relationships. That’s why leaders hang on to projects that are clearly losing money and sucking up resources that could be better applied elsewhere. Our brains like what is familiar, not necessarily what is the best for us.

9. It thinks everyone else sees the world the same way.
Logically, we know this isn’t true. But when presenting a new idea or a solution to a problem, how often do we unconsciously assume that everyone in the room sees it the same way? Then we wonder why people look at us like we’re from another planet.

10. It has too much confidence in its own abilities.
Research shows that experts are only slightly more accurate than non-experts when making predictions in their fields. Moreover, when confronted with their errors, the experts almost never blamed their thinking or changed their beliefs. Instead, most attributed their mistakes to outside factors beyond their control. The next time your brain insists you’re right because “we’ve always done it that way,” you might want to step back and look at the situation from a different perspective.

Albert Einstein once said, “Two things are infinite, the universe and human stupidity, and I’m not sure about the universe.” I don’t think we’re stupid. But I do believe we get hoodwinked by our own brains because we don’t check in with them to see what’s really going on.

Call to action: Pick one of these brain flaws and start to notice when it occurs. How does it impact your decision-making? 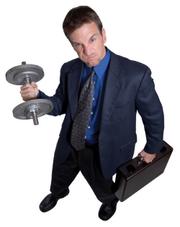 Do you get me?

WOW Your Way to Better Results!