Blog » National Boss’ Day October 16th: How Does Your Boss Stack Up?

For those of you who don’t know, National Boss’ Day is tomorrow, October 16th.As an employee, I always thought boss’ day was every day and then I became one! Quickly I realized that the dream of propping your feet up and telling people what to do was exactly that – a dream! Being a boss is extremely hard work usually fraught with disappointment especially if you really are a “boss.”

Much has certainly changed over the past 25 years for not only how bosses manage but also for the path workers take on the road towards becoming a boss. Take for example the specifics at FORTUNE 100 companies as early as a few years back- there were clear guidelines in place that dictated exactly how and when someone could become a boss. It required a certain number of years in the job but no real leadership or management skills were necessarily mandatory –  just tenure. Once an employee got the title though, they were required to go thru 120 hours of leadership training each year. However, today it is rare to find an organization that even has new manager training, much less an entire curriculum devoted to developing excellence in leadership. And your boss is just as likely to be younger than you versus older. These days, bosses are likely to have management and leadership skills but not necessarily deep technical expertise. In fact, they may not even have intimate knowledge of how each job in their own department gets done on a daily basis.

Quite honestly, almost every aspect of being a boss has shifted dramatically in the past 25 years. The environment of the past was about stability – slow and steady progress towards the 10 year plan. Today it is about constant change – staying focused even during tumultuous times. Previously, bosses planned details and told employees what to do. These days, leaders and managers are required to set direction (including defining excellence), measure the right things and get out of the way. In the past, your boss used to make all the decisions but now, a great manager or leader helps to facilitate others making decisions.

On a personal note, the best example of a terrible boss in my past once wrote on my performance report that I “was doing too much good work and making others on the team look bad.” Excuse me? I also had one coach me by saying, “It’s all about internal relationships. Business results can wait since we are already so successful.” Wow! It’s no wonder that today that company is in the midst of unexpected layoffs and scaling operations back by more than 25%…I’m slightly curious as to what other pearls of wisdom he could offer now?

I’m also curious about what’s going on in your own workplaces. What examples can you share of bosses who need to read and practice the actions I’ve outlined in More Than a Minute? Send me some feedback and let me know how your bosses are stacking up!

More Medicine for Your Complexity Complex 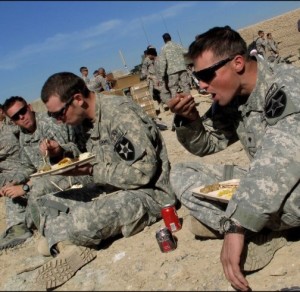 Appreciating the Best of the Best