Blog » What We Really Need Santa to Bring for Christmas

What We Really Need Santa to Bring for Christmas

The other day (not Black Friday!) I ventured out into the local malls to start my holiday shopping. While there, I saw a line of young children waiting to see Santa Claus. After pausing a moment to enjoy how cute they looked, I thought about what I would ask Santa Claus for if he catered to grownups.

I quickly decided that if I could sit on Santa’s lap and ask for just one thing, I would ask him to deliver real leadership from our elected officials. Specifically, that they would put aside their partisan politics and resolve the looming fiscal cliff before we all go plunging off it. And not just apply some temporary Band-Aid. No, radical that I am, I want real leadership that addresses the underlying issues and causes that continue to cause us to have these types of ‘crisis’. Actually, I would love for them to do that with all the challenges and opportunities facing America. The fiscal cliff is a great place to start.

Let’s face it, as a nation we’re spending ourselves into financial insolvency. We keep writing checks when there’s no money in the checkbook, and the national debt keeps piling up to astronomical levels. Keep it up and eventually we’ll reach the point where the U.S. – the largest economy in the world – needs its own bailout. Our leaders know this, but they refuse to do anything about it. Not because they disagree on the solution, which they do, but because they have the wrong vision of winning.

For today’s politicians, the definition of winning seems to be getting and staying elected rather than doing what’s right for the country. As a result, we end up with political leaders who pander to their electoral base, who say and do anything to get elected, and who refuse to compromise and/or work with the other party for fear of looking bad to their constituents. And so we end up stuck in serious problems rather than moving forward with workable solutions.

If you’re listening, Santa, here’s what I would like to see. Bring together the leaders of both parties and have them do two things. First, redefine their definition of winning to one that serves the nation as a whole rather than their own personal agendas. Part of this definition needs to include developing (or perhaps rediscovering) the ability to overcome differences and work together on resolving problems. Then teach our leaders how to use the technique of success visioning to resolve the immediate crisis.

Success visioning involves asking a series of future, active, and past tense questions to imagine success in the future as if it has already occurred. Why use past tense questions? Because when we use present tense, our brain typically fills in with all the reasons we can’t make something happen. However, when we convince our brain we have already achieved success, it doesn’t know we have not. So it fills in the blanks between today and the target date with innovative solutions for achieving success. It focuses on winning rather than what is in the way.

Using this technique, our leaders could ask, “When we have resolved the fiscal cliff situation:

In fact, we could all do with a serious reality check from Santa. Individually and as a nation we have somehow acquired the thought bubble that we can keep writing bad checks without suffering the consequences. Yet we’ve just gone through several years of hard evidence that proves otherwise: deep recession, record home foreclosures, and continued high unemployment. Sooner or later, we’re all going to have to bite the bullet. But that will never happen when one side expects the other to make all the sacrifices and both sides refuse to acknowledge tough decisions for fear of losing votes.

Real leadership is a gift that keeps on giving. May all our elected officials find some under the tree this year!

Call to action: Write your senators and representatives and remind them of their duty to work together and act in a fiscally responsible manner. 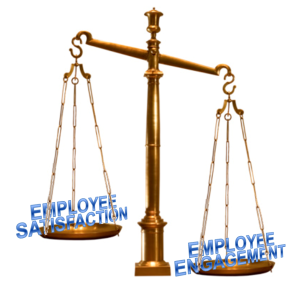 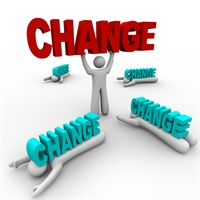 Slowing Down to Go Fast 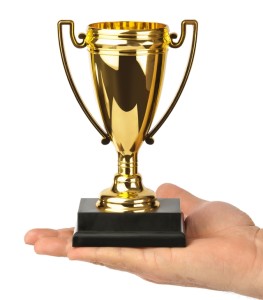