A month ago, I posted a blog that included a negative comment about the new Chevy Volt and our cash-strapped government’s plan to support the vehicle through incentives and outright purchases.

The very next day, the Volt product manager tweeted me to ask if I would give him an opportunity to change my opinion of the car. He offered to deliver a new Volt to my front door for a free weeklong test drive. All he asked was that I keep an open mind and give the car a fair shot. I agreed, and soon found myself behind the wheel of a new Volt.

We’ll get to my opinion of the car in a minute. The bigger issue here is how Twitter has rapidly become a powerful tool for monitoring and managing public conversations about our products and services.

We can’t control what people think and say about our products and services. But we can influence them by following social media conversations and, when appropriate, becoming a part of them. Prior to our exchange of tweets, the Volt product manager and I did not know each other. Someone retweeted my blog to him, and he saw an opportunity to join in the conversation about his product.

If you’re not using Twitter and other social media to monitor what people are saying about your company and your products, you risk losing control of your brand. I applaud the Volt product manager for his quick and tactful use of social media in response to a very public negative message.

Now, back to the Chevy Volt.

Overall, it’s not a bad car. It looks good and drives well. It offers smooth handling and a quiet ride, and includes many of the latest features like a touch screen, keyless entry, Bose speakers, etc.

The Volt only goes up to 40 miles on a full charge, which requires leaving it plugged in overnight. After the charge is depleted, the gas motor kicks in to create electricity, which will take you another 250 to 300 miles. Since the gas engine does not directly power the car, the Volt can be classified as a 100% electric vehicle. It still uses gas, just (in theory) less of it.

Driving the Volt requires changing some habits. I forgot to plug the car in one night, and had no power other than gas to drive the next morning. You need to have a plug close to your driveway, which rules out parking on the street. And you have to trust that no one will mess with your plug – not necessarily true in some areas of town.

Despite all this, my issue is not so much with the car as with the thought bubbles (unspoken assumptions and beliefs) surrounding its development and production.

My home state (California) has rolling electricity brownouts during the summer. And last week we experienced an almost 100% black out for a day – no electricity at all. On a national level, the federal government has enacted hundreds of new regulations that are forcing many coal-fired electricity plants to shut down. About half of our electricity comes from burning coal, and we’re not building any new nuclear powered electric plants or dams, are we?

So I have to ask, why are we focusing on electric vehicles? What are the underlying assumptions and beliefs driving this push for electric vehicles (versus other fuel sources)? And why is our government so actively supporting this by purchasing large numbers of Volts?

At $40,000+ dollars, the Volt is clearly designed for high-end customers who want to feel like they’re making a big difference for our planet. I have no problem with that. I’m generally pretty eco-friendly. But are people making decisions about the Volt (and other electric cars) based on real data or on their misinformed thought bubbles?

For example, the Volt comes with an “Eco Cooling” feature that saves electricity by gradually powering up the air conditioning on a hot day. Instead of instantly cooling the car, you get to sweat through 10 minutes or so of sweltering heat until the AC fully cools the car. Is cooling down my car more slowly by a matter of a few minutes on a 90-degree day going to make a real difference to the environment? I have a hard time believing that. But I do get that someone might truly believe that is their contribution to a healthy planet – never mind whether it is accurate.

The people at Chevrolet were gracious and helpful. I just don’t think there’s enough change in this vehicle to make any real difference. And I really can find no reason to justify the cost. Coal fired and nuclear plants will take up more resources and produce more waste to generate the electricity necessary to run the car (it’s not like people are going to use less electricity on other things if they have an electric car). And I would love to have data on what to do with the lithium battery once it is used up, and how much waste is created in producing the vehicle, or how much energy is consumed… but I could not get my hands on that.

It’s easy to get swept up and want to move forward quickly on something that seems like a good idea. It has never been more critical to pause and really think through the details and the big picture… to consider consequences and the entire ecosystem of a challenge. I wish Chevy and our government were making real progress on alternative fuels rather than a sort of repackaging of the same old thing.

I will restate my blog comments though- the Volt itself is not an inferior vehicle. The concept sure is.

Now wish me luck while I tweet something critical about the new Ferrari and hope I get to drive one of those for a week! 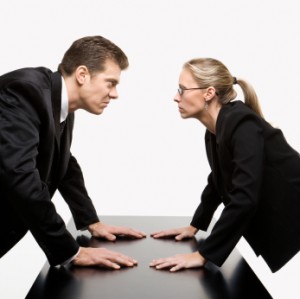 Want to influence others? Stop being so rational!