What an exciting game between two high-powered offenses! And once again, the sports world offered a powerful lesson for business leaders. Specifically, I’m referring to Saints coach Sean Payton and how he approaches the game of football. Now there’s a coach who plays to win!

If you follow pro football, you know it’s nothing new for Payton. In the Super Bowl a few years ago, he shocked the Colts (and just about everyone else) by doing an onside kick-off to start the second half.

Conventional wisdom says that you just don’t do that in the Super Bowl. Especially against an explosive offense like the Colts had at the time. Give them the ball at midfield and they’ll score in no time at all. But Payton plays to win (as opposed to playing not to lose), and his calculated risk served as the turning point in a hotly contested game.

In Saturday’s game against the Lions, Payton again demonstrated this philosophy going for it on fourth down. Not once, but several times. Conventional football wisdom says to punt and play it safe when your team has the lead. But Payton knew that holding onto the ball gave his team the best chance to win. So he took a few calculated risks, and they paid off.

Of course, it helps to have a quarterback like Drew Brees and plenty of offensive weapons, as the Saints do. But Payton’s “play to win” attitude clearly rubs off on his players. No matter the opponent or the situation, they don’t just believe they can win, they expect to win.

Why is playing to win so important?

People want to be on the winning side, and playing not to lose sends a subtle message that changes their thinking and their behavior. People become a little less focused on the small things that lead to winning. When faced with adversity, they get discouraged and disheartened a little more easily. And when major setbacks occur, they have doubts about whether the company can still win. When you play not to lose, you’re playing for second best (or worse).

What does playing to win look like in the business world?

This doesn’t mean to call a fake punt on 4th down at your own 10-yard line. Risks should be calculated, not foolhardy. Look for opportunities that offer huge upsides with minimal downside if they don’t pan out. Or outline the risks and mitigate or minimize them beforehand.

Get comfortable with failure.

When you take risks, you will fail much of the time. They key is to make it safe for people to fail, and to learn from your mistakes. Even Tom Brady throws an interception every now and then, for gosh sakes. His coach puts him back out there every time. If you’re not failing, you’re not trying hard enough and you are probably falling behind.

Shake up the status quo.

This is hard for most business leaders to get comfortable with. In the U.S., we tend to have a real short-term mentality, especially in large public companies. We’re so worried about the quarterly numbers that we play not to lose rather than to win. When we innovate, we usually do it incrementally, which yields a safe but minimal return.

In today’s markets, becoming a market leader requires shaking up the status quo; going for the long bomb rather than the 3-yard run up the middle. Easier said than done. But if you don’t at least aim for it, you’ll never hit it.

Most of all, get rid of the idea that what made you successful today will continue to make you successful tomorrow. In football, the players keep getting bigger, faster and stronger. Coaches know they can’t stand pat, so they continually develop new offensive and defensive schemes to stay ahead of the game. In business, your competitors are also getting bigger, faster and stronger. To stay ahead, your products, services, and ways of doing business must continually evolve.

When it comes to winning, there’s one big difference between pro football and business. In football, the rules of the game are imposed on every team by the NFL. In business, when you play to win, you get to impose a lot of the rules.

Doesn’t that sound like more fun than playing not to lose? 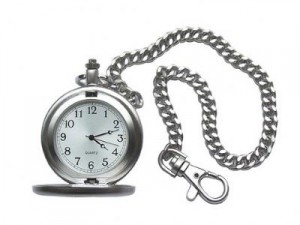 Not enough hours in your day? Start making better choices. 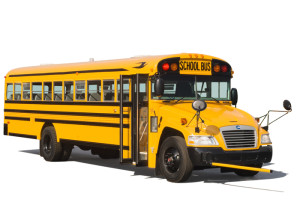 Time For An Education System Makeover