Have you ever noticed that all the best marketing tactics are the least expected?

Take blogging, for instance. Thirty years ago, nobody imagined that a post on a company’s website would become a viable replacement for regular ads. But in 2020, nobody bats an eyelid. It’s perfectly normal for modern firms to adopt a “content-first” strategy to get the word out about their brand.

Or what about the phenomenon of social media? Who would have thought that simply chatting with customers on these platforms could lead to such substantial business benefits? Sometimes, it boggles the mind.

In this post, we take a look at some of the best marketing tactics and why they’re often so unexpected. The reason for this is that we all stand to learn a lot from outliers. The more we can understand why some tactics work, the better we can use them ourselves and gain traction.

In the 1970s, companies never attempted to educate their customers. Instead, they spammed them with jingles and hoped that they’d buy.

Oh, how times change! These days, customers actively want brands to provide them with learning material to find out more about their products. Now, thanks to the internet, delivering lessons at a low cost is easier than ever, and companies are all doing it.

Webinars, for instance, are taking off, especially in the financial world. Investment houses and brokerages are hosting weekly or monthly sessions for their clients, updating them on what they’re doing, and why they should send their money over to them.

The amazing thing about these webinars is the quality and total lack of selling. Most companies seem to be happy just to have people watching – and they’re willing to invest a lot of cash to make it a success.

Companies are producing eBooks for a similar reason: they want to establish themselves as an authority online to make more sales.

The problem is that selling a book written by the brand doesn’t really appeal to specific customers.

For that reason, we see the rise of the persona-based ebook – a new strategy to increase readership. Instead of writing just a couple of books for the entire audience, firms are now writing a dozen or so with slight differences between them, appealing to different constituents. One might be for women, another for students – you get the picture.

This way, the content appears more relevant to the person reading it, making it more likely that they will indulge in it.

The corporate gift scene is massive right now, and for good reasons: it allows companies to get their branding in front of people all day, every day. But providing people with gifts that they will actually use is always a challenge. Sure – a pen might be useful, but people get through them quickly, so it isn’t likely to hang around for long. The same goes for mugs, t-shirts, and other paraphernalia.

There are, however, some high-utility, high-durability ideas out there. MagnetStreet basketball schedule magnets are a good example of this in practice. Companies personalize the timetable according to their branding and then hand it out for free. From that point onwards, whenever a customer wants to check the date of an upcoming fixture, they have to go back to the magnet and consume your brand.

You might not think that branded objects make much of a difference, but they do. Over time, they build brand familiarity with the customer. And eventually, the customer automatically thinks of you when they want the products or services you sell.

Private companies traditionally shunned the idea of putting on a show. That was for Hollywood and show-business. It wasn’t for the average, run-of-the-mill firm. Plowing money into something to thrill an audience was, at best, a waste of money, and at worst, downright reckless.

Things are changing in the corporate world, though. Brands like Red Bull are putting on shows designed to thrill their audiences and get more punters through the door. And, interestingly, it is working. Providing entertainment massively adds to brand capital in a way that traditional marketing doesn’t.

Being A Bit Weird

Companies like to ensure that they walk the middle-road, always appealing to the widest audience possible, never stepping out of line.

It seems like a strategy that should work. After all, you don’t want to offend people or put them off.

But, interestingly, that’s not always how things play out. Instead, you find that customers usually remember the slightly weirder, more “out there” marketing strategies used by companies who aren’t afraid to take risks.

The reason this approach works is highly psychological. Being deliberately weird is a sign of confidence. You’re so sure that your customers will benefit from your offering that you’re prepared to put your brand’s pride on the line to get the message out.

That kind of risk-taking can be very emotionally appealing to some customers. You go from being just another company doing generic marketing to something that feels very different indeed.

Respond To All Your Social Media Mentions

The idea that responding whenever somebody mentions your brand could help you sell more stock sounds a bit outlandish, but it’s true. It really can make a difference in online engagement and how many people talk about your brand.

What’s more, there are plenty of social networks and apps out there that will automatically inform you if somebody on a platform starts talking about your business. You can then hop over to the relevant post and, if necessary, respond to it.

This type of action helps to build rapport with customers and improves your overall engagement. It’s also the sort of thing that people remember you for.

Most companies have a massive, happy customer base who enjoy their products. But many aren’t even attempting to leverage it.

And why not? Well, mainly because they haven’t thought about how.

Coca-Cola has one of the best examples of marketing designed to promote the peer-to-peer sharing of its products. The company regularly prints up named bottles with names on them. The idea is that an existing customer will purchase a bottle with their friend’s name on it and hand it to them.

The concept is a little strange with Coca-Cola since practically everyone who wants to drink the stuff does. But you get the picture. If you can think of a way of promoting sharing between customers, you give people the social proof they crave, enhancing your branding.

Get The Jump On New Tech

Imagine if you’d started a serious SEO campaign in the year 2000. Right now, you’d have one of the most-visited sites on the internet – and you’d be making a fortune.

Sadly, that’s not the case. But it doesn’t mean similar opportunities won’t come up in the future.

Think about the possibilities of virtual reality headsets, for example. The technology is still very much in its infancy. But you can easily imagine a world in which everyone has one of these devices strapped to their head. And when they do, there will be opportunities galore for companies to get in early and market their products, establishing a lead.

Try Using Your Product In A New Way

Do you remember Blendtec – the company behind some of the highest-powered blenders in the world?

The brand decided that it wanted to do something different and get a name for itself, so it began a series of YouTube videos entitled, “will it blend?”

To the outside world, it seemed just like a bit of fun. Blendtec would start with something – say, an iPad – and then ask the audience whether it would blend or not. Most of the time, it would.

It was fun to watch. But it also cemented Blendtec as the leader in the space. Everyone was so impressed that its equipment had so much power that demand for its devices rocketed.

What’s more, nobody could seriously follow the company’s lead and do the same. Audiences would have seen that for the shameless copying that it was. So Blendtec really succeeded with this approach. Now it’s certainly the most famous brand in the market, even if it isn’t the biggest.

The best marketing is all about telling your users stories. The reason it works is that it provides customers with a rationale for buying your products.

Just think about how Apple Computers did this back in the day.

The company never focused on the speed of the RAM in its notebooks. Instead, it focused purely on the idea that its products were friendlier and easier to use than rival PCs.

Consumers loved the idea because they were tired of all the problems that regular computers brought them. And Apple benefited by being able to flog over-priced hardware to customers who just “wanted it to work.”

It was an incredible gambit, and, as we all know, it eventually paid off, making Apple the most valuable company in the world. 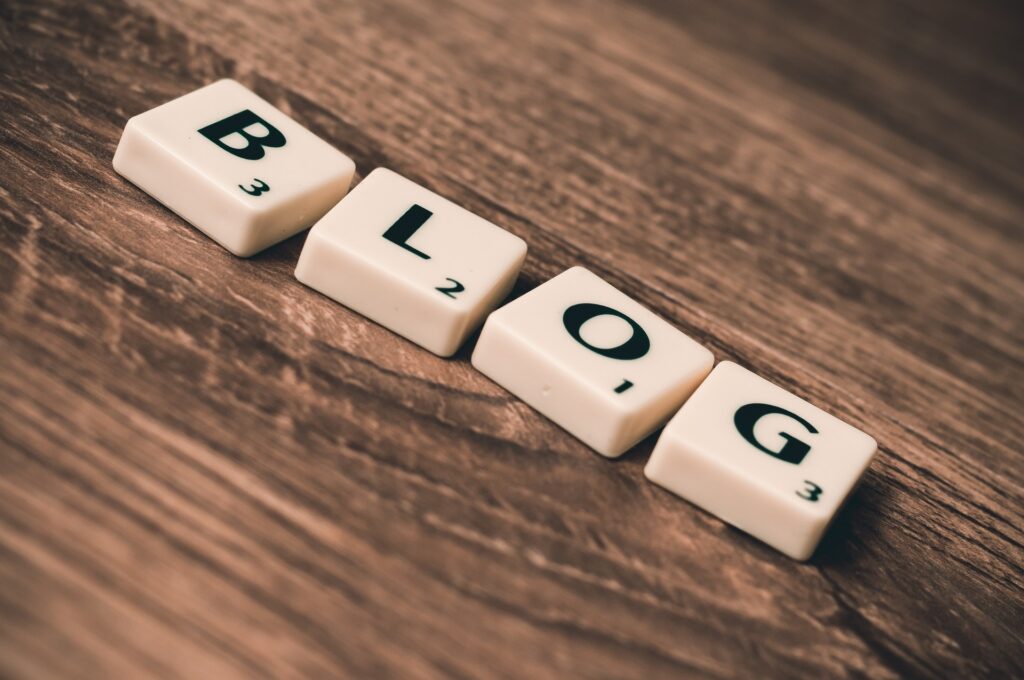 Are you making the most money from your blog? 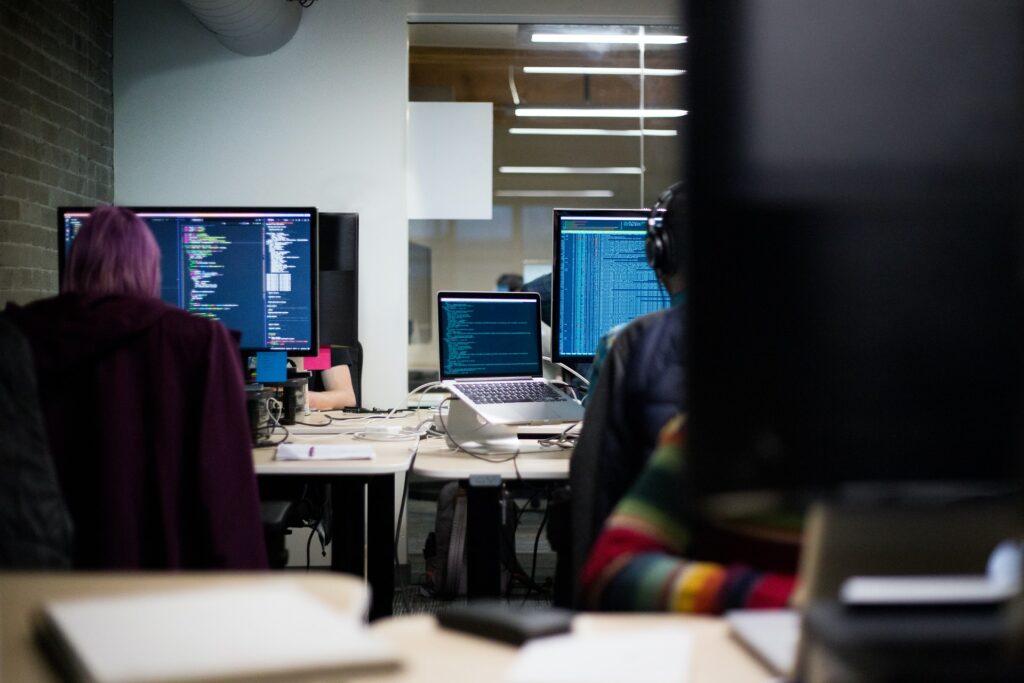 Eliminating Risk From Cyber Threats During The Pandemic