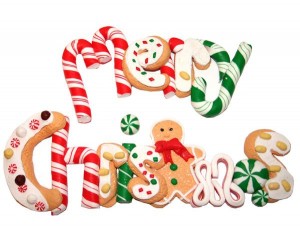 Did you know that Christmas — this country’s most cherished Christian holiday — has its roots in pagan festivals such as Saturnalia, the Kalends (a precursor to the 12 days of Christmas), and Deus Sol Invictus (birthday of the unconquerable sun)?

According to historians, in ancient times these celebrations all took place around this time of year. When the Christian church came along, it strongly disapproved of such celebrations, and co-opted the pagans by declaring December 25 as Christ’s birthday – even though there is no evidence that Christ was born on that day. In A.D. 350, Pope Julius I proclaimed December 25 as the official day to celebrate the birthday of Christ, and the date has remained steadfast ever since.

These are just some of the fun “facts” (there are often conflicting myths, legends, and theories around many aspects of Christmas) I uncovered while doing research for this blog. Here are some more to brighten your holidays:

And finally, currently there are more than 2.1 billion children under age 18 in the world. Assuming an average of 2.5 children per household, Santa would have to make 842 million stops on Christmas Eve and travel 221 million miles to reach every household. Just between you and me, I’m guessing old St. Nick is a major stockholder in UPS.

Merry Christmas to all!